AGRA Board Visits the West Africa Centre for Crop Improvement

Seven members of the Board of Directors of the Alliance for a Green Revolution in Africa (AGRA) led by the incoming Board Chair, H.E. Hailemariam Desalegn, former Prime Minister of the Republic of Ethiopia paid a familiarization visit to the West Africa Centre for Crop Improvement (WACCI), University of Ghana on Monday, September 2, 2019. 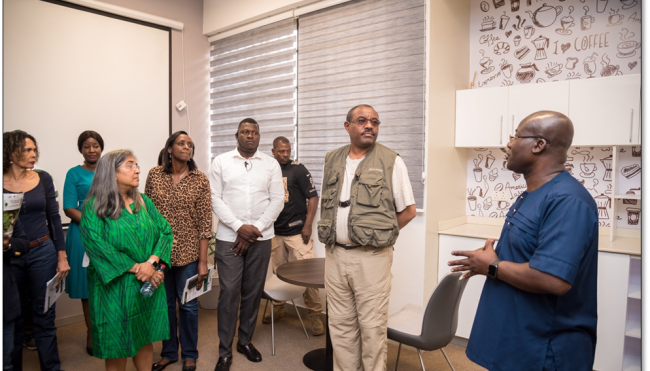 Prof. Eric Y. Danquah, Director of WACCI, who received the delegation, highlighted the Centre’s achievements and challenges in a presentation to the Board. He submitted that the Centre had grown from an AGRA project into a world-class Centre for formal and continuing education in Crop Improvement. He said that the University of Ghana had absorbed project staff following the expiry of the AGRA 10-year capacity building grant and lauded past and present Vice-Chancellors for the support of donor-funded projects in the University. Prof. Danquah noted that the Centre runs one of the largest PhD programs globally for the training of plant breeders. He said that the Centre had almost trebled AGRA’s initial investment of US$11.5 million and brought on board strategic partners like the World Bank and the DAAD of Germany.  The WACCI Director informed the Board that  WACCI has enrolled 127 PhD and 49 MPhil students from 19 African countries and graduated 81 PhDs and 14 MPhils from 12 countries. Prof. Danquah said that WACCI through a new grant from the World Bank under the Africa Centres of Excellence Impact Project was transforming into an Agricultural Innovation and Entrepreneurship Institution. He said that plans were far advanced to establish an Enterprise Hub for Agricultural Innovation to be named after Mr. Kofi Annan, former Board Chair of AGRA and former Chancellor of the University of Ghana to immortalize his name for championing the course of the youth during his tenure  as the Chair of the Board of AGRA. 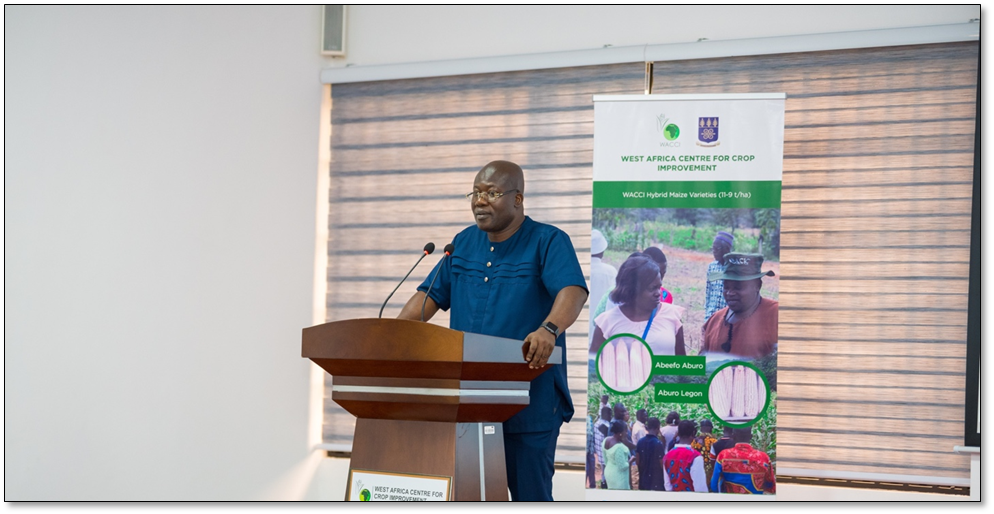 H.E. Hailemariam Desalegn, in responding to the presentation said the Board of Directors elected to visit WACCI in commemoration of the African Green Revolution Forum 2019 which was opening in the week.  He said  the delegation had been impressed by the achievements of WACCI and thanked the Director for the update and progress of work taking place at the Centre. He intimated that AGRA was committed to the sustainability of WACCI. The President of AGRA, Dr. Agnes Kalibata commended WACCI for sustaining its image and assured the Centre of AGRA’s commitment.

The Director of WACCI, in his closing remarks informed the AGRA Board of his election as the Interim President of the African Plant Breeders Association (APBA) and  extended an invitation to the AGRA Board Members to the launch and maiden conference of the APBA scheduled for October 23-25, 2019 at the University of Ghana. 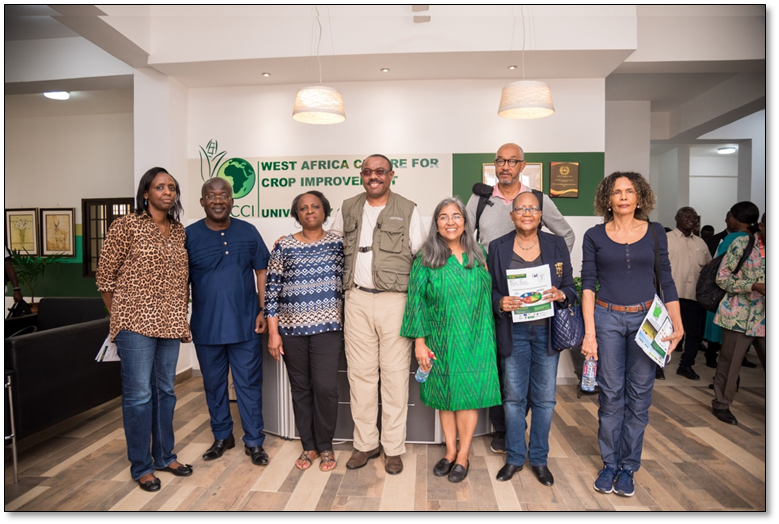 Group photograph with AGRA Board members