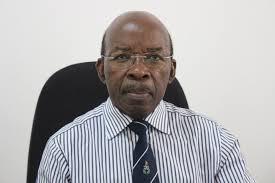 Prof. Tongoona spent 19 years at the University of Zimbabwe and 11 years at the African Centre for Crop Improvement (ACCI), University of KwaZulu-Natal (UKZN). He has developed and taught undergraduate and postgraduate courses in Plant Genetics, Principles of Plant Breeding, Plant Breeding Methods, Quantitative Genetics, Population Genetics, Mating Designs in Plant Breeding, Breeding for Biotic and Abiotic Stresses, and Conservation of Plant Genetic Resources. He has supervised 52 PhD and 25 MSc students who have successfully graduated and has authored and co-authored 80 refereed journal articles, 33 book chapters and 36 papers in conference proceedings. Prof. Tongoona was a Professor of Plant Breeding at the University of KwaZulu-Natal from 2005-2014 and was appointed as an Honorary Professor of the University by virtue of high productivity from July 2014 onwards. He was again appointed as the Academic Leader of the Production Sciences Cluster (Crop Science, Animal Science, Plant Breeding, and Horticultural Sciences) from 2012-2014 at UKZN; Deputy Director of the ACCI from 2007-2014, and Chairman of the Department of Crop Science, University of Zimbabwe from 1998-2002. As a result of these appointments, he has served on many committees from faculty level to university-wide level. Prof. Tongoona has also been a visiting scholar to Michigan State University in 1993, University of Botswana in 1996, Purdue University in 1998, Cornell University in 2008 and 2010, Texas A&M University in 2010, and WACCI from 2009-2013, and has raised about $2 million in research grants from several donors. Prof. Tongoona graduated with a PhD degree in Plant Breeding and Genetics from the University of Zimbabwe in 1987, having completed the PhD coursework at Michigan State University in 1986. His research interests have been on sorghum (striga resistance and development of male sterile lines), wheat (adaptation to warm rain fed ecologies), castor (industrial oil), maize (disease resistance and yield) and finger millet (striga resistance). Prof. Pangirayi Tongoona is a Zimbabwean national and a Permanent Resident of South Africa. He is a keen tennis player and a passionate football fan. WACCI is honoured to have such an experienced academic as part of its team.