Professor Eric Danquah, Founding Director, West Africa Centre for Crop Improvement (WACCI), University of Ghana, has called for measures in addressing food insecurity in sub-Saharan Africa. He said current forecasts placed sub-Saharan Africa as the only region in the world where hunger and malnutrition would worsen over the next two decades unless some drastic measures were taken to avert the situation. He said it was in this vein that WACCI was leading a consortium of partners, both public and private, and including civil society groups to establish a platform for agricultural innovation and entrepreneurship driven by good science and technology. 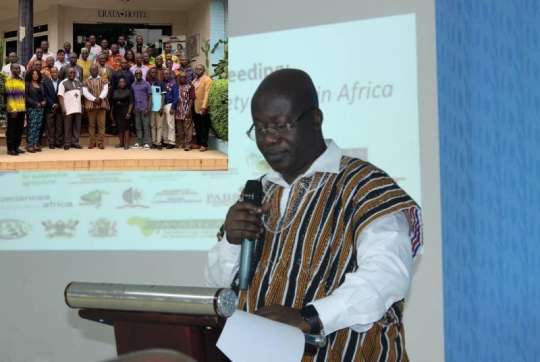 Prof Danquah made the appeal in Accra at the opening of a five-day workshop on Demand-Led Variety Design (DLVD), organised by WACCI. Agriculture is moving from subsistence systems to more market led systems, as small scale producers generate surpluses of products to sell in local, regional and/or international markets; enabling small scale producers to access the expanding local and regional markets within Africa is one of the critical challenges facing policy makers. Central to the transformation of agriculture in Africa is identifying market demand and developing products with suitable characteristics to meet market requirements. The workshop therefore, seeks to impart skills to plant breeders on how to engage stakeholders in the process of plant variety design with the ultimate aim to improve variety adoption in African agriculture. Prof Danquah said there was an urgent need for a drastic change within the food and agriculture system in sub-Saharan Africa if the region was to attain sustainable development goal (2) Two: zero hunger by the set date. He noted that this had implications for strengthening Centres of Innovation for the development of game-changing products needed for the transformation of agriculture in sub-Saharan Africa. Prof Danquah said training and retooling of quality plant breeders for West and Central Africa should remain one of the most strategic goals of the sub-region.

The Director recounted that plant breeding started as an act, became an act and a science with huge commercial benefits, adding that “the lesson from the evolution of plant breeding is that these are changing times and we must change with the times”. He also recounted that by the late 70s when it became evident in developing countries that post green revolution improved varieties were too often failing to satisfy farmer requirements and were being shunned, Participatory Plant Breeding (PPB) came on board conversations globally as an additional strategy. Prof Danquah, who stated that experience had taught them that PPB was complementary to conventional plant breeding rather than an alternative type of plant breeding, also said, today, breeding had moved forward and agriculture was at a tipping point, hence the need to adapt to changing times.

In an interview with the Ghana News Agency (GNA) Prof Pangirayi B Tongoona, Associate Director of Breeding Programme at WACCI, said the demand-led approach highlights the need where players in the value chain of a crop, were engaged. He said this improved adoption which eventually led to an increase in productivity of so many crops, as such, the general principles of the approach, was for breeders to understand what their clients needed so they would be able to design varieties that were suitable. Prof Tongoona, who is one of the facilitators of the workshop, told GNA that there were many varieties that have failed because consumers thought there were deficiencies. He was hopeful that with this kind of exposure the workshop provides, breeders would be able to incorporate the ideas learnt and set out objectives of breeding that would generate varieties which satisfy the needs of consumers.