The West Africa Centre for Crop Improvement (WACCI) welcomes its fresh Cohort of Students who enrolled on the Centre’s PhD Plant Breeding and MPhil Seed Science and Technology Programme for the 2020/2021 academic year. The doctoral and master’s students who are from 6 African countries namely Nigeria, Kenya, Ghana, Benin, Malawi and the Democratic Republic of Congo are supported with funds from the German Academic Exchange Service (DAAD), and the World Bank Africa Centre of Excellence for Impact (ACE Impact) project. 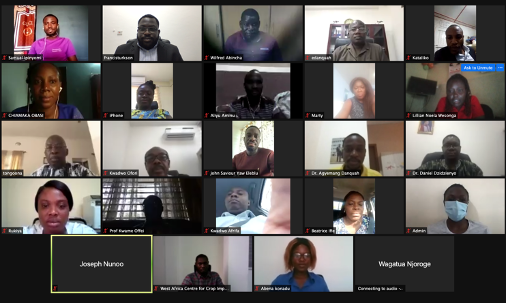 At a virtual orientation programme held for the students, the Director of the Centre, Prof. Eric Danquah, in his welcome address, lauded the funding institutions for providing the needed resources to train the next generation of plant breeders and seed scientists in Africa. He further urged the students to take their training at WACCI seriously and deliver high quality research outputs at the end of their studies. He added that the students were now ambassadors of the Centre and should strive for excellence.

A representative each of the PhD and MPhil students also expressed their gratitude to WACCI for the opportunity given them and pledged their commitment to work hard and become game changers in the fullness of time. 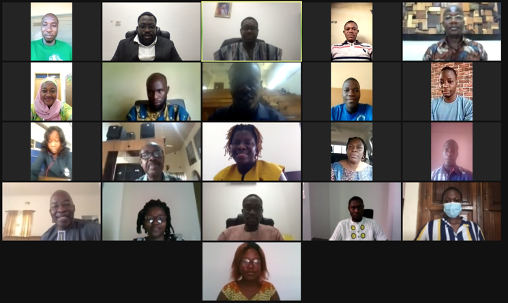 The West Africa Centre for Crop Improvement (WACCI) was established in 2007 as a partnership between the University of Ghana and Cornell University with initial funding from the Alliance for a Green Revolution in Africa (AGRA) to train plant breeders at the PhD level with expertise to improve the indigenous crops that feed the people of the sub-region. WACCI, now a World Bank Africa Centre of Excellence for Agricultural Innovation and Entrepreneurship, has since inception enrolled 148 PhD and 64 MPhil students from 19 African countries and graduated 95 PhD and 30 MPhil students. The Centre has also attracted over USD 37 million from multiple donors for the training of the next generation of scientists for the transformation of Africa’s agriculture.