The West Africa Centre for Crop Improvement (WACCI) held its Annual Review and Strategic Planning Workshop from May 16 – 22, 2021 at the Peduase Valley Resort, Eastern Region. The purpose of the workshop was to review the performance of the Centre in the year 2020 and to develop a strategy to sustain the Centre’s projects and programmes. 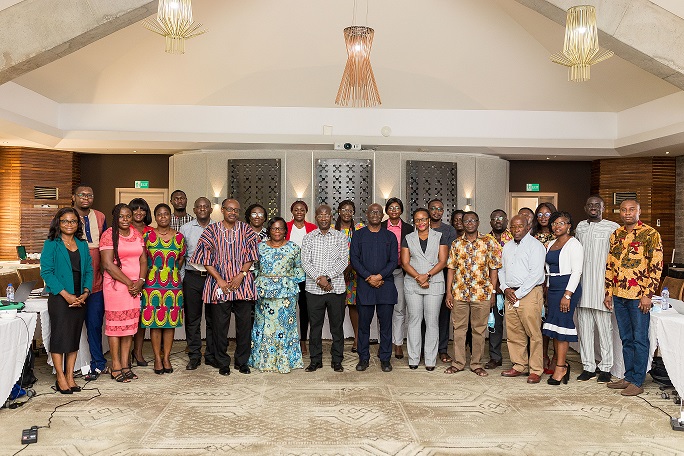 Day one of the WACCI Annual Review and Strategic Planning Workshop

The Director of WACCI, Professor Eric Yirenkyi Danquah in his welcome remarks stressed on the need for WACCI to strive to evolve into a world class agricultural innovation and entrepreneurship institution. 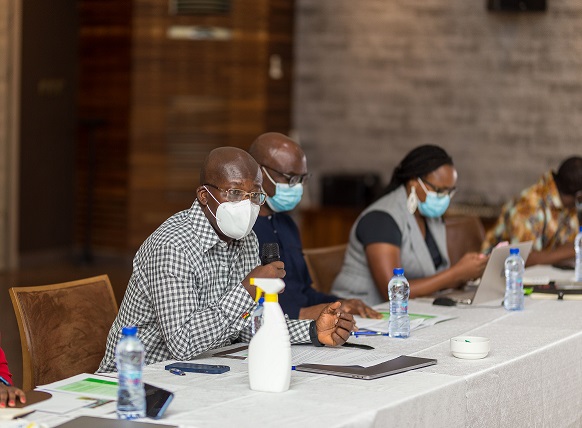 Prof. Eric Danquah giving his opening remarks on the first day of the workshop

“We have come a long way. WACCI turns fourteen this year thus it is imperative that we have a solid strategy to drive the Centre and its activities forward”, he said.

Professor Mohammed Salifu and Dr Sylvia Mkandawire in their remarks commended WACCI for the achievements and continuous efforts in changing the narrative on agriculture and food insecurity in sub-Saharan Africa. Professor Salifu congratulated the Centre on being one of the most successful Africa Centres of Excellence (ACEs) and emphasized the need for the Government of Ghana to use ACEs as entry points for a complete shift in postgraduate education in Ghana and to foster collaboration instead of competition.  Professor Asante acknowledged WACCI’s contribution to alleviating food and nutrition insecurity in the sub-region and enhancing the global visibility of the University of Ghana. He pledged the University of Ghana’s support in creating sustainable environments for the Africa Centres of Excellence to continue to flourish. 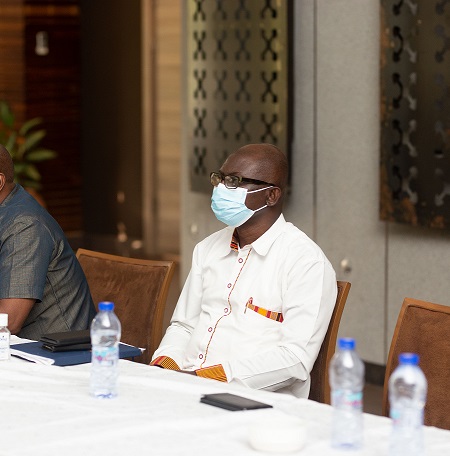 The Pro-Vice Chancellor of the Office of Research, Innovation and Development (ORID), University of Ghana – Professor Felix Asante

Professor Gordon Awandare, the Director of the West Africa Centre for Cell Biology of Infectious Pathogens (WACCBIP) delivered a talk on the topic: Creating and Sustaining a Globally Competitive Ecosystem for Research Excellence. He hailed WACCI for creating an ecosystem for good science to flourish and outlined measures his team had taken at WACCBIP to train NextGen scientists. He said that universities were the best places to build sustainable research capacities. He added that the recent major capacity building initiatives like the ACE Impact project were signs of hope for a rising Africa and admonished the early to mid-career scientists to do their best to meet expectations as scientists.

The week-long workshop featured presentations from the Centre’s academic and administrative staff. These included updates on the research from current faculty and postdoctoral fellows, donor activities, communications strategy, human resources & administration, sectoral and industry partnerships, and Information & Technology infrastructure.  Progress on the implementation of the WACCI Strategic Plan, 2019 - 2024 was reviewed and the key performance indicators were interrogated. 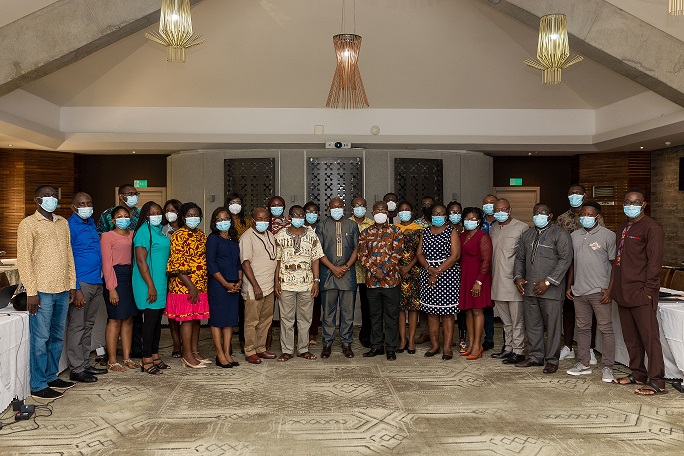 WACCI was established in 2007 as a partnership between the University of Ghana and Cornell University, USA with funding from the Alliance for a Green Revolution in Africa (AGRA) to train African students on African crops in Africa for Africa. Since its inception, the Centre has enrolled 149 PhD students in Plant Breeding and 65 MPhil students in Seed Science and Technology out of which 95 and 30 have graduated respectively.  In 2015, WACCI was selected as one of the first Africa Centres of Excellence (ACE) by the World Bank. In 2019, the Centre was selected as one of the winners of the World Bank ACE Impact project grant. Under this new project, WACCI is charting a new path to becoming an “African Centre of Excellence for Agricultural Innovation and Entrepreneurship.” 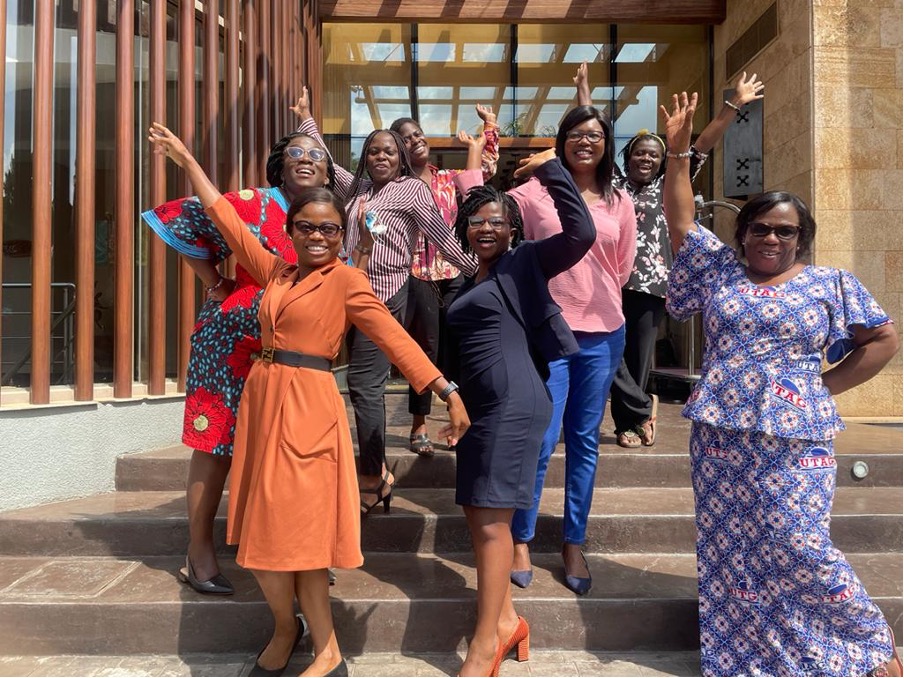 The Centre’s women in agricultural science striking a pose