WACCI Receives Donation of a Tractor and a Set of Implements

The 15th-anniversary celebration of the West Africa Centre for Crop Improvement (WACCI) has coincided with the Centre receiving a donation of a tractor and a set of other agricultural implements from Case IH Agriculture, an agricultural machinery manufacturer and Kanu Equipment. 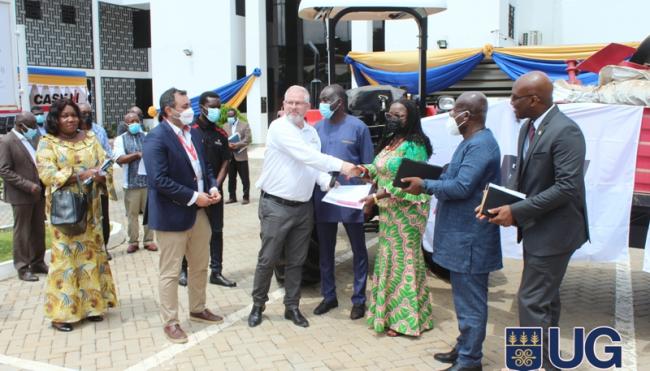 Receiving the donation on behalf of WACCI, the Vice-Chancellor, Prof. Nana Aba Appiah Amfo, noted the demonstration of the power of collaboration existing between all the parties who facilitated the donation exercise. “I applaud this collaborative effort and I am confident and expectant of the results of this alliance”, she said.

The Vice-Chancellor also expressed gratitude to Case IH Agriculture and Kanu Equipment for their kind donation which will accelerate the field operations and goals of WACCI simultaneously. Prof. Amfo called for an increase in Agriculture investment - a very crucial component of development in every country. She stated, “Considering past trends, we can confidently assert that investments in Agriculture are largely viable since they are not only beneficial to individuals but to communities and countries largely”. She assured all that a high-maintenance culture will be put in place. 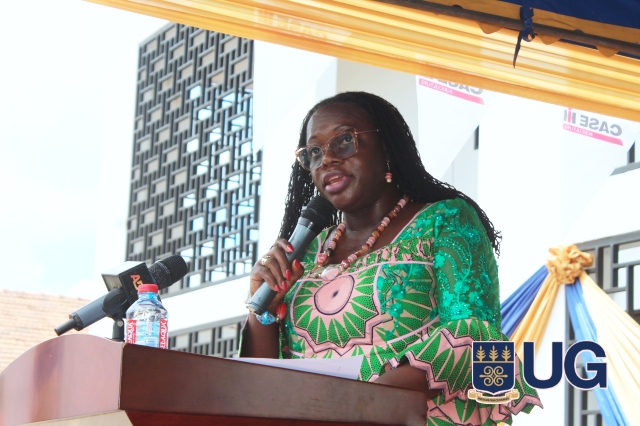 Mrs. Josephine Ivy Quagraine, Deputy Director, Policy, Planning, Monitoring and Evaluation Directorate at the Ministry of Food and Agriculture, represented Dr. Owusu Afriyie Akoto, Minister of Food and Agriculture. In Dr. Akoto’s speech, he thanked the donors for supporting the country’s effort to stabilise the seed sub-sector and the facilitators for their remarkable contribution. “As we are aware, one of the key issues of research has been the low dissemination and commercialisation of innovations. It is, therefore, laudable to have this collaboration between WACCI, a research institute, and Agromite Ltd., an agribusiness firm to facilitate the use of research outcomes. The impact of the COVID-19 pandemic and the Russia-Ukraine crisis is a stark reminder of the urgent need to invest in agricultural value chains and food systems to ensure food self-sufficiency and resilience”, stated the Minister.

He acknowledged the need to enhance the capacity of WACCI to develop high-quality improved seeds and multiply or commercialise existing varieties. In light of this, he indicated that the Ministry of Food and Agriculture would engage WACCI to identify specific areas of support and collaboration. In his remarks, Ghana’s ambassador and permanent representative of Ghana in Vienna, Austria, H.E. Philbert Isaac Kobina Abaka Johnson, commended the leadership of WACCI for their tremendous application of science to agriculture in the country. He charged the policymakers and the experts to work harmoniously as Ghana strives to improve its agricultural fortunes.

Prior to this, Prof. Boateng Onwona‐Agyeman, Provost, College of Basic and Applied Sciences (CBAS) delivered the welcome remarks, while Prof. Eric Y. Danquah, Director, WACCI, announced the purpose of the gathering. In his remarks, Prof. Onwona‐Agyeman presented a background of CBAS and WACCI, highlighting WACCI’s plan of designing and investing in high-quality improved varieties of crop plants, inbuilt to biological and physical stresses. WACCI will support public and private partnerships as well as scaling up early generation and seeds and agribusinesses and capacity building for a functional seed system, noted the Provost. 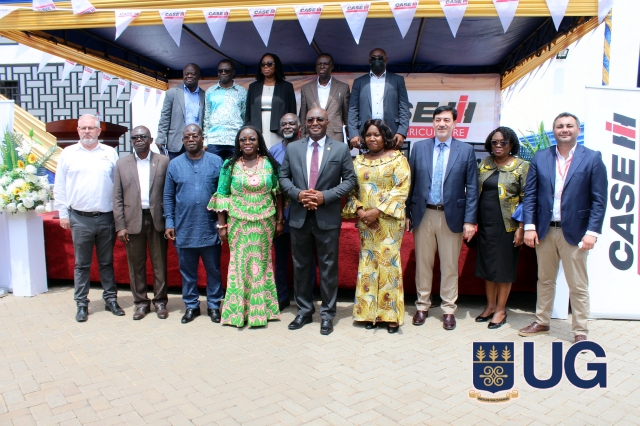 The Director, WACCI, Prof. Eric Y. Danquah, addressing the gathering on the purpose of the occasion, celebrated the achievements of the Centre in its 15 years of existence. This includes WACCI being branded as a top African Centre of Excellence out of 54 World Bank Centres from 10 countries by the Association of African Universities in June this year; running the largest PhD programmes in plant breeding in Africa and being one of the largest in the world with the Centre’s PhD graduates attracting over $35million to their research institutes. He further announced that WAACI has been adopted as one of the beneficiaries of the World Bank’s Food Systems Resilience Project.

Dr. Henry Anim-Somuah, Director of Operations, Agromite Ltd., in a statement, appealed for collaborative efforts to transfer the science into the hands of the Ghanaian farmer. He also called for more support for WACCI to continuously lead in improving African crops in local environments for farmers in Africa. In brief remarks, Mr. Emre Altintas, Business Manager for Case IH Agriculture and Mr. Brian Shinnick, Head of Business Development, Kanu Equipment noted their pride to be associated with WACCI and promised the support of their organisations to the Centre.

The donation ceremony was attended by the Pro-Vice-Chancellors, Profs. Felix Asante and Gordon Awandare; the Registrar, Mrs. Emelia Agyei-Mensah; Director of Finance, Mrs. Bernice Agudu, and other members of the University community. 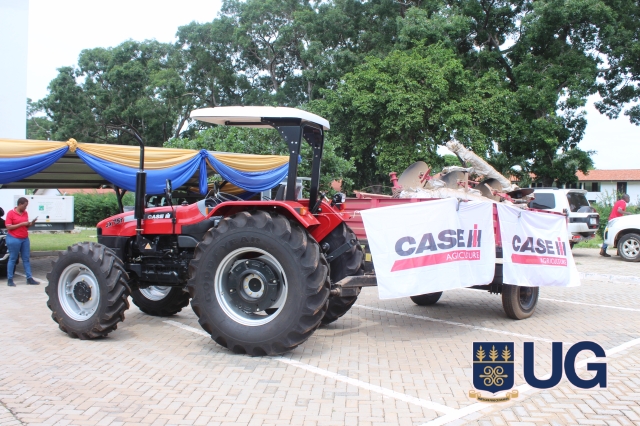